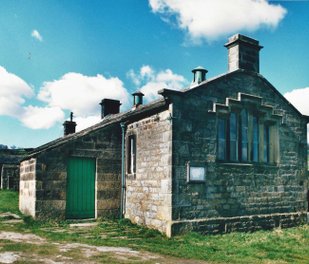 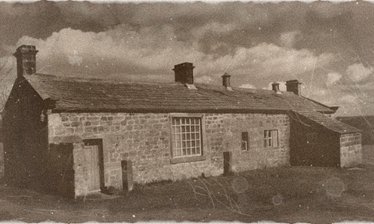 The Master’s one major task was to teach the children to read and to repeat the Church Catechism (this is the statement of the faith for the Church of England. In order to be confirmed it has to be learned. Nowadays it extends to about 60 items of faith over nine or ten A4 pages).

The Rev Day stipulated that the school should be for the poor children of Menwith Hill, Thornthwaite, Padside, and Darley (later this was extended to the children of tenants and relations of the Day family.

The whole thing was to be operated on the proceeds from the lands given to the Trustees – in 1748 this was estimated at £43 10s per year (£43.50). A later Charity Commission report listed the exact properties gifted to the school and their annual rents (which were listed as totalling £47 – see below).

The gift of the school and a later bequest were described in the 1827 Charity Commissioners’ Report:

The reasons are lost in the mists of time but the school in its early days was called “Hookstone’s School” – that is with an apostrophe indicating that it belonged to a specific person, area or place. Given that it was founded by the Rev Francis Day the likelihood is that it was named after a particular place – or even the field in which it was built.

“At Menwith Hill is a School, called Hookstone’s School, founded in 1748 by Francis Day, Esq., and endowed by him with lands at Hampsthwaite (£18), Threshfield and Skirethorne (£22) and Starbotton (£7) per annum. The School premises consist of a school room and turf house erected upon the waste with about half an acre of land adjoining. The Master’s salary, out of rents, is £36 per annum, for which he teaches the poor of Menwith Hill, Thornthwaite and Padside, and Darley, likewise the tenants holding land under the relations of the founder”

The agricultural revolution was well under way, creating the additional wealth which went on to fund the beginnings of industrialisation.

Dr Day set Hookstone School up only a few years before the beginning of the Seven Years War during which Britain gained territories in Canada, the Caribbean, Africa and India. The year 1748 was also the year that John Cleland published Fanny Hill – a book which one has to doubt that Dr Day read. The following year Henry Fielding published Tom Jones.

In the nation at large those were years of rapid and exciting change; the years of Samuel Johnson, Thomas Rowlandson, Joshua Reynolds, and David Garrick – although one can be fairly sure that little of this change and excitement reached into the Dales to Thornthwaite.

The decades which followed the founding of the school in 1749 were those in which the local villages of High and Low Harrogate began to become a resort which attracted thousands of visitors including Royalty, and which led to the growth of a major English spa.

At present we know almost nothing of the first century of the school’s existence except that it survived. But the important thing is that Thornthwaite was lucky to have it. The generosity of the Reverend Francis Day meant that children in the area whose parents would never have been able to afford them an education, were taught the basics. Boys and girls alike were taught to read and to write and probably to do simple arithmetic. Those are not skills to be underestimated, however modest they may appear to modern eyes.

The idea may have been for them to be taught only enough to be able to read the Bible and the Prayer Book but the gifts of reading and writing can never be confined to just certain stipulated texts. In his modest way, the Rev Dr Francis Day contributed to the building of the modern world. Whether he would have agreed with what his gifts made possible is hard to say but they meant that hundreds of young people who would otherwise have led their lives in the darkness of illiteracy were given the chance to learn about the wider world and to manage their own lives.

They were, at the very least, given the chance to be able to read a newspaper, enjoy a good book, and control their own finances.

For that, intentional or not, the good Reverend deserves immense praise.

The building almost certainly only possessed a single room at the start and there is evidence that it may well have been thatched rather than tiled. Later documents mention a new room being added and subsequent generations have added other bits and pieces.

Just to put all that in context … in 1749, when the little schoolhouse and its adjoining turf house were completed, George II was on the throne and Great Britain (for England and Scotland were by then united) was beginning to enter the period of its greatest wealth and expansion. It was also a period of free-thinking (to a certain extent) and of scientific discoveries.

At least three farms were involved and the combined rents proved more than sufficient to run the school – although only just so.

By the Deed dated 1748 there were to be three Trustees who had the duty of running the school. They also had the right to appoint a School Master.

The Deed also stated that the School Master must not be married (presumably in those days they felt that a single man would give more time and attention to his school-masterly duties).

How it all began

The first stirrings of interest in getting a school for the local children can be found way back in the year 1640. King Charles I was on the throne – although not terribly secure – and there was war with Scotland. Before that war was ended (by the Treaty of Ripon late in 1640) almost the whole of northern England – both Northumberland and County Durham – was in Scottish hands.

In Thornthwaite a chap called Henry Wright died. In his Will he left a small amount – probably far too small an amount – to fund a school for the local children. He may, of course, have been merely contributing to a larger fund for the building of a school but, if so, no record remains of such a plan.

to the poore  £5, to be employed at the sight of my supervisors … to the building of a schoulehouse 5s” (the latter sum is 25p in modern money).

Whether the money was sufficient or not, England then descended into eighteen years of very bloody Civil War followed by government by an increasingly severe Puritan Republic from 1642-to 1660.

One has to assume that, in the turmoil, change, and danger of those years, Mr Wright’s five shillings receded from the forefront of most people’s minds. In fact, let’s be honest, his bequest was probably totally forgotten.

So the idea of a school for Thornthwaite and the surrounding parishes appears to have been shelved until, over a century from that first bequest, a clergyman by the name of Francis Day created a much stronger basis for the school to be established.

The Reverend Dr Day was a relatively wealthy individual for, in 1748, he signed a Deed which gave land and money to establish the school at Thornthwaite. The idea of the land was that it was given to the Trustees of the school so that they could benefit from the rents from local farmers. The money thus obtained each year would then pay for a school-house and a teacher. In theory, the system could go on for ever - as long as there were farmers willing to rent the Trustees’ lands and as long as rents and salaries did not get too far out of kilter.

It’s probable – although there’s no written evidence for this – that the Reverend Day also donated the money to build the school on what a later Charity Commission report called the “waste”.